Warning. This is a dreadfully sad book. Unless you have a void where your heart should be, you will need tissues and possibly, some consoling biscuits. 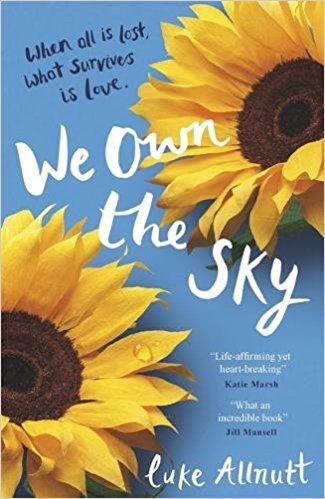 On the face of it, it’s a bog standard boy meets girl story. Rob meets Anna at university where she is wowing people with her accountancy skills and he is planning a computer revolution. Rob is the narrator of the story and nice enough, though I imagine his school reports read “Could do better if he applied himself.” He is the son of a taxi driver and studies at Cambridge without any of the hang ups I would have there, for example. Anna is more complicated, the product of an odd family life and Rob states a number of times that she could come across as cold or distant.

They marry after graduation, move to London, make money and then tragedy strikes. Anna miscarries two babies. Anna is devastated, or so we imagine – Rob says very little about this at this point. And then they have Jack, a lovely little boy. Rob is the primary carer, all seems well until Jack starts to fall or lose his balance.

I won’t go too much further in the plot as I don’t want to spoil what happens next, but it is emotionally very difficult – for Anna and Rob, and for the reader. All we know from the book’s opening is that Rob is now living alone in Cornwall, drinking hard and picking up women for one night stands. He spends time taking panoramic photos to put on his website We Own the Sky, and the relevance of this title becomes clear as we learn more about Jack.

As you may gather, Rob is not the most sympathetic of characters, but he is very real and flawed in ways that make you know him – he’s that bloke you’re friends with on Facebook. One of the loose themes of the book is how casual acquaintances deal with other people’s losses (spoiler: badly) and how all those posts you see on Facebook can be a by-product of a thousand poor attempts to empathise. When it comes down to it, few of us will always say the right thing in the face of another’s tragedy – either through embarrassment or inexperience – but this book does offer a raw lesson in how to think about enormous life changing issues.

Anna and Rob face their tragedy in different ways, and again, these are absolutely relatable and filled with flaws. These are both very human characters, and excellently portrayed. We Own the Sky is the product of the author’s own cancer diagnosis, and also a way of coming to terms with his father’s death from cancer – and the theme of father-son relations runs throughout the book, with Rob and Jack, Rob and his own father, and other fathers and sons that Rob meets. Between the lines of this is someone who knows exactly the kind of pain experienced and resilience required to face hard times, and someone who also knows that we’re only human and that people fail, especially when facing the loss of a loved one.

Essentially, this is a simple story, well told and full of facts as well as human emotions. It will break you but it does offer you a hand back up again, a way home. It’s a shattering debut.

We Own the Sky is published on 8 February by Trapeze Books. Thank you to the publishers and NetGalley for offering me a review copy.